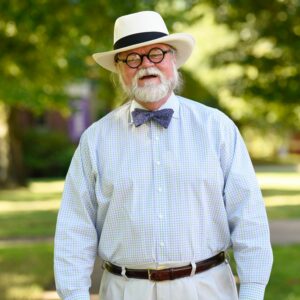 Thirty years ago, as I was plodding down a snowy street in far Cambridge, I decided that I wanted my life to amount to something more than academic piffle.  When it came time to leave Harvard, then, I went looking for that something.  I found it at a little college nobody had ever heard of.  Why?  Because I wanted to teach students, not English.  Since then, I’ve taught a lot of them–watched them grow up, grow wise, and even begin to grow old.  (You know who you are!)  And all I had to do in exchange was to be funny, feisty, learned, and compassionate.  All in all, a life you can’t beat with a stick.

I’ve spent a lifetime loving George Herbert, the seventeenth-century English religious poet.  A few years ago, I began working on a book with my old friend Stewart Dippel.  (You can look him up on here–if you’re not easily frightened.)  Because our work went in different directions, our collaboration didn’t exactly pan out.  However, it led me to understand Herbert as a pawn in a game of power politics at the Stuart court.  Soon enough, he retreated from that world and became “holy Mr. Herbert,” a rector in a small rural parish.  The project I’m working on examines the disillusionment which created that role and shaped his poetry.  In idle hours, I’m also translating some of the old fellow’s Latin verse 1.) because published translations are, well, unfortunate and 2.) because translating him is, well, fun.