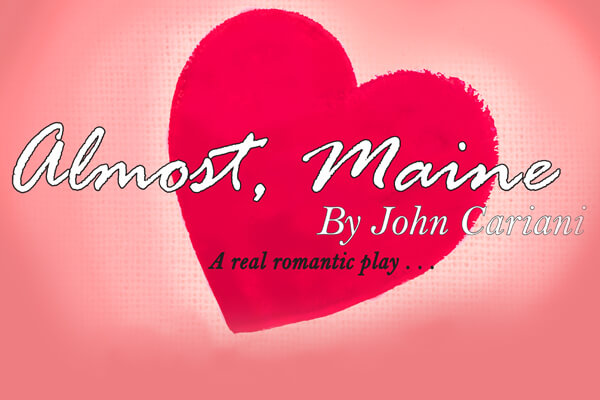 University of the Ozarks Theatre will present three showings of John Cariani’s romantic comedy “Almost, Maine” in the Black Box Theatre in the Walton Fine Arts Center. Show times are 7:30 p.m. on Feb. 22 and 23 and 3 p.m. on Feb. 24. Seating is limited. Tickets are $8 each and can be purchased online or at the box office prior to the performance.

“Almost, Maine” is a play by Cariani that is comprised of nine shorter plays. Premiering in 2004 to critical acclaim, the play deals with themes of love and loss in a small Maine town named Almost. The play is a story of love and the way it hurts and heals the people of a small town so far north in the USA that it’s “almost” Canada. It features a multitude of characters, but a curious format. Each scene is a separate vignette and none of the characters appear again.

The play has been produced by over 3,000 theater companies in the United States, making it one of the most frequently produced plays of the past decade.

The New York Post said “Almost, Maine” “lands somewhere between Norman Rockwell and Our Town. Unabashedly unhip. There is no pretense of an edge here — the show offers a sweetness and decency that’s become rare at the theater. At this point, it’s a welcome breath of fresh air.”