By Amy Lloyd
Posted in Theatre 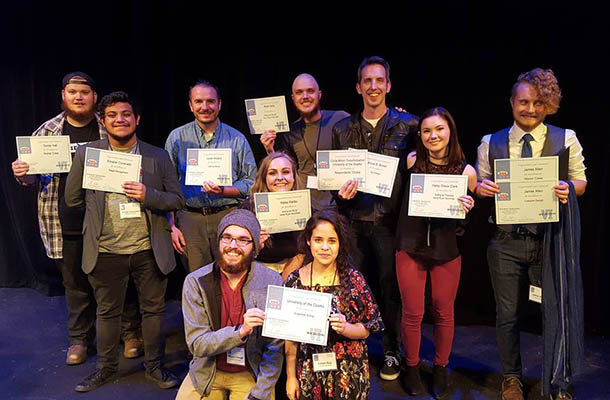 The University Theatre presented its production of “Circle Mirror Transformation” by Annie Baker at the annual state festival. By winning the Respondent’s Choice award, one of the two top awards at the festival, the production is automatically nominated for the KCACTF Region VI festival in February.

In addition, Jimmy Reinier won both the student and faculty-judged Halloween costume contest.

“I am so proud of this company and the outstanding work ethic and leadership they displayed during the process and at festival,” said Brown. “Our students’ dedication and passion for creating theatre is what leads to these wonderful achievements.”

In December, six university theatre companies from Region VI (Arkansas, Oklahoma, New Mexico, Louisiana, and Texas) will be chosen to have a production featured at the 2018 regional festival in San Angelo, Texas, on Feb. 28.