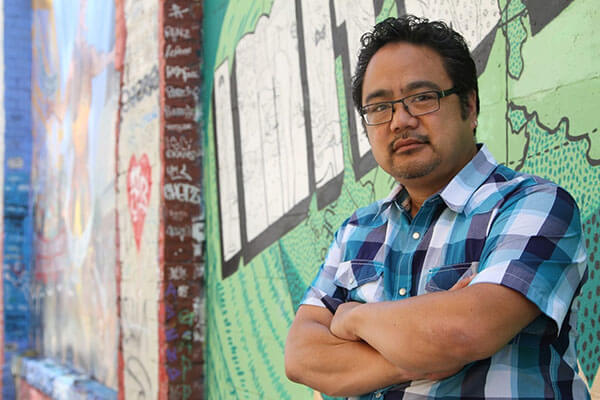 Bruce Reyes-Chow, an author, pastor, consultant and coach, will present a public lecture titled, “Making a Difference in the World,” at University of the Ozarks on Thursday, Feb. 28.

The event, which will begin at 7 p.m. in the Rogers Conference Center, is made possible by the Cecil and Ruth Boddie Farmer Chapel Guest Speakers/Artists Endowment and the Struthers Pastoral Leave Program. There is no cost for admission and the public is invited.

Reyes-Chow is a third-generation Chinese/Filipino who calls himself an armchair sociologist and technology enthusiast. He speaks and teaches on faith, race, parenting and technology in a variety of contexts from seminaries to conferences to congregations to pre-schools. While he speaks to both religious and secular audiences, he is committed to living and expressing “a Christian faith that is beautifully complex, unimaginably just and excruciatingly gracious.”

Reyes-Chow said his talk will focus on his belief that most people want to make a positive difference in the world.

“The trouble is that we often get hung up on the tactics and strategies of making that difference,” he said. “Some hit the streets, others dive into history, others create, and still others think the most effective way to make change is gathering communities together. In our time together we’ll look at the need to understand our personal ways of engaging in difference-making as well as value the ways in which others approach change.”

He is the author of four books: “The Definitive-ish Guide for Using Social Media in the Church,” “But I Don’t See You as Asian: Curating Conversations about Race,” “40 Days, 40, Prayers, 40 Words: Lenten Reflections for Everyday Life” and “Rule #2: Don’t Be an Asshat: An Official Handbook for Raising Parents and Children.”

Reyes-Chow has been a Presbyterian pastor for more than 20 years and served as the founding pastor of Mission Bay Community Church in San Francisco from 2000-2012, a church of young, multicultural and progressive Presbyterians. He also served California congregations in Portola Valley, Daly City and San Francisco. In 2008 he was the youngest person ever elected as moderator of the General Assembly of the Presbyterian Church (USA), the highest elected office of the then 1.8 million member denomination.

He earned his undergraduate degree in Asian American studies, philosophy and sociology from San Francisco State University, his master’s degree from San Francisco Theological Seminary and an honorary Doctor of Divinity from Austin College. He lives in San Francisco with his wife, three daughters and two canines.

Reyes-Chow will spend the week of Feb. 25 on the U of O campus as part of the Struthers Pastoral Leave Program. He will be the guest speaker during the University’s weekly Chapel Service at 11:30 a.m., Tuesday, Feb. 26, in Munger-Wilson Chapel.

For all of Reyes-Chow’s social media links and contact info visit: www.reyes-chow.com