By Larry Isch
Posted in Art 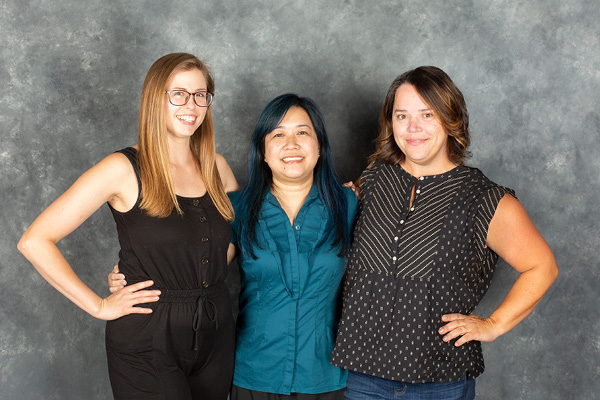 The University of the Ozarks art department will present a faculty art exhibit through Sept. 28 as part of the University’s Artist of the Month Series.

There will be a reception to meet the artists from 6-7 p.m. on Thursday, Sept. 15, in the gallery.

Originally from rural Missouri, Green-Russell began working with clay during her undergraduate degree at College of the Ozarks in Missouri. She recently achieved her master of fine arts degree from Texas Tech University in 2021 before joining the Ozarks faculty.

“Clay is known for having a form of ‘memory’ of its own. I use this ‘memory’ that is disassociated from a form of consciousness as a metaphor for our own perceptions of memory,” Green-Russell said. “Drawing inspiration from Neurophilosophy, I have come to understand that memories are incredibly faulty, emotionally charged, and continuously change; and yet, we form our understanding and perceptions such as identity and ethics based on our memories. In her book, Touching a Nerve: Our Brains, Ourselves, founder of Neurophilosophy Patricia Churchland says that our individuality (our personalities) are rooted in our episodic memories.”

“Researching memory formation and recall naturally led me to sleep and dreaming as these processes are intricately connected. Memories are sorted, filed, or culled out during sleep. A memory is formed through the connection of neurons, and those pathways are formed when your brain decides that neuron contains relevant information. This is one way in which the physical body works without our cognitive consent. During the memory forming stage of sleep the rational frontal cortex is shut off while the emotional centers are still activated establishing the emotional connection with the memory. Memories can be volatile and dangerous as well as vulnerable. I seek to show this vulnerability of the human condition through my sculptures.”

Harrington is a printmaker and paper cut artist that imbues the cross-cultural influences of Chinese and American culture into figurative compositions to create an ephemeral space, in a place between reality and the mystical. Born in Sioux Falls, S.D., she received a BFA in printmaking from the University of South Dakota and a MFA in printmaking from Wichita State University. Harrington received the University’s Bagwell Outstanding Faculty Award in 2013 and 2018 and has exhibited artwork throughout the region and nationally.

Harrington’s artwork is influenced by the Chinese folk art of paper cut.

“The crisp graphic appearance of paper cut appeals to my sensibility as a printmaker,” she said.  “This work is a blending of my interpretations of traditional Chinese designs into personalized figurative compositions. Initially in the print work, the paper cut designs appeared as textures and patterns that melded with the figure. I took the next step and actually cut into the paper and printed surface. The combination of the papercut with other media shifts the idea of space to be both dimensional and flat. The use of pattern depicts the figure as it exists in an ephemeral state, in a place between reality and the mystical. The delicate lines merge with bold shapes and color to create visual movement and vibration. The combination and interaction of the layers of paper cuts create complex and unpredictable visual space and depth.”

Her exhibit, “All She Needed to Do,” is a tribute to her grandmother.

“We sat with my grandmother as she laid on her deathbed. My mother rubbed her hands and said, ‘She’s done all she needed to do.’ And she had,” Duvall said. “She lived 96 incredible years; 96 years full of love, laughter, pain, struggle and joy. And now we are left to sift through what remains. The traces of these 96 years are there in her photographs. The moments captured… the special occasions, the mundane, the beauty of youth, the good ole days… are all frozen in time and held still in the emulsion. This work attempts to hold those traces close, to give them space and another life. Some images attempt to recreate her moments through a modern lens. Some images just treasure the stillness that is… what remains.”