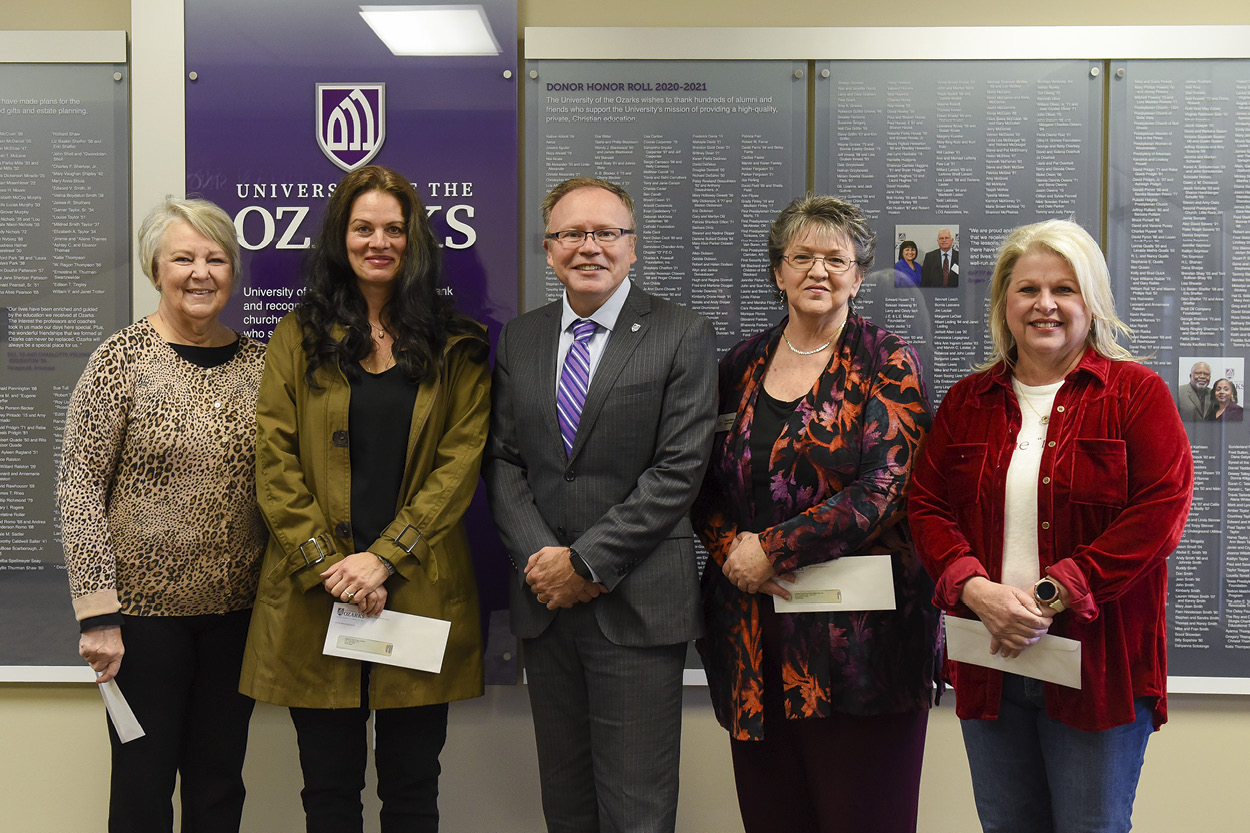 As a way of celebrating the work they do in our community, University of the Ozarks continued a recent Christmas tradition last week by donating a total of $3,000 to four local nonprofit organizations in Johnson County.

In 2015, the University began a new Christmas tradition of allocating funds normally spent on the production and mailing of thousands of University Christmas cards to support local 501c3 agencies. The nonprofits were nominated and selected by University faculty and staff members.