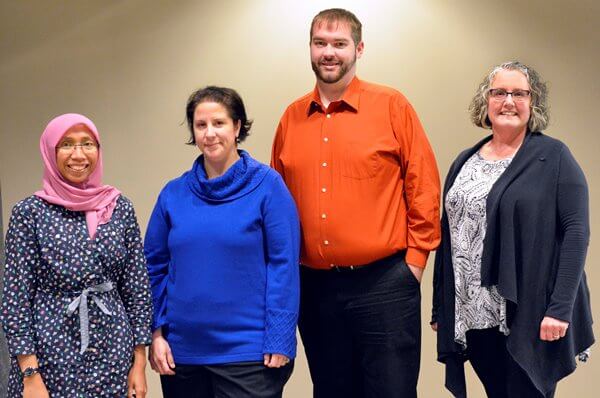 The University of the Ozarks? Board of Trustees presented its annual faculty and staff awards during the 2017 Trustees Awards Banquet, held April 28 in the Rogers Conference Center.

Among the recipients for 2017 were (pictured, from left) Dr. Befrika Murdianti, assistant professor of chemistry; Dr. Karen Frank, associate professor of history; Glendon Jenkins, assistant director of financial aid; and Debbie Eldridge, office manager for the Division of Fine Arts, Humanities and Social Science. Not pictured is webmaster Cara Flinn.