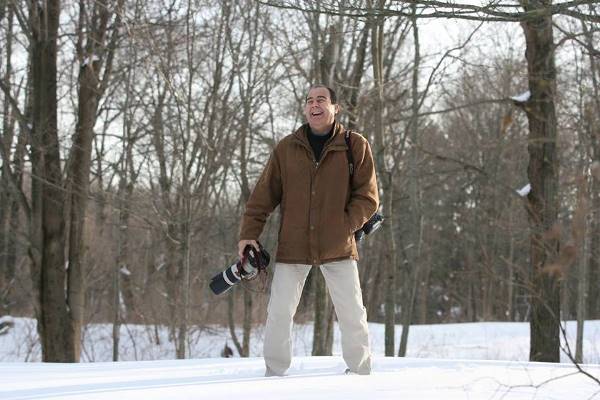 Damian Strohmeyer, a Boston-based photographer whose work has been featured on the cover of Sports Illustrated more than 70 times, will speak at University of the Ozarks at 7 p.m. on Tuesday, Feb. 7.

The event is part of the University’s 2016-17 Walton Arts & Ideas Series and will be held in the Rogers Conference Center. There is no cost for admission and the public is invited.

Strohmeyer, who will visit Ozarks just two days after shooting Super Bowl LI in Houston, will showcase some of his photography from more than 30 years of working sporting events throughout the world. His presentation is titled, “The Power of Sports.”

Strohmeyer has been telling stories with photographs for more than three decades. Adept with a wide range of skills, he is comfortable working in portraiture, photojournalism, and fast moving news, sports and feature photography in the advertising, commercial and editorial markets.

After stints at The Topeka Capital Journal and The Denver Post newspapers, Strohmeyer has been affiliated with Sports Illustrated magazine for more than 20 years.  He has covered more than 2,000 assignments for the magazine and has worked numerous sporting events, including the World Series, NCAA Basketball Tournament, World Cup, the Stanley Cup, the Olympics, and the past 27 Super Bowls.

Strohmeyer is a member of the exclusive Canon “Explorers of Light” program, a group of 50 of the world’s most influential photographers. He is a frequent speaker at education events.

Strohmeyer grew up in Axtell, Kan., and graduated from Washburn University in Topeka, Kan. He is married to Joanne Rathe, who is a photographer at The Boston Globe, and has three children, Jessye, Zach and Leah.

Some of Strohmeyer’s photography can be viewed on his website, www.damianstrohmeyer.com
For more information about the Walton Arts & Ideas Series, please contact the Office of Public Relations at 479-979-1433.

Boston-based photographer Damian Strohmeyer will present a program titled, “The Power of Sports,” at 7 p.m., Feb. 7, in the Rogers Conference Center.