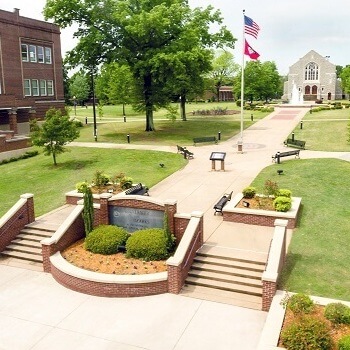 Seven new members, including five alumni, have begun service on the University of the Ozarks’ Board of Trustees, effective Jan 1, 2021.

The new members were unanimously approved by the board to serve three-year terms during the board’s annual fall meeting in October. 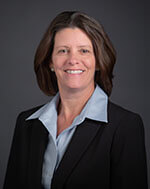 Callie (Harmon) Daniels ‘89
A native of Van Buren, Ark., Daniels is a professor of mathematics at St. Charles Community College in Cottleville, Mo. She is a Pearson author, writing college-level mathematics textbooks for students across the country. She has been awarded the Emerson Award for Excellence in Teaching at St. Charles and was also named Faculty Member of the Year. A native of Van Buren, Ark., Daniels was a standout basketball player at Ozarks and is a member of the University’s Sports Hall of Fame, the American College Athletes Hall of Fame and the Van Buren School Hall of Honor. She co-authored the college textbook, College Algebra & Trigonometry, and dedicated it to her former Ozarks math professors, Dr. Buddy Smith and Dr. Noel Rowbotham. 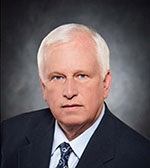 Ray Hobbs ‘77A native of Clarksville, Hobbs previously served on the University’s Board of Trustees from 2004-06. He is retired as president, CEO and chairman at Daisy Outdoor Products in Fayetteville, Ark., and is the former senior vice president for merchandising of Walmart Stores, Inc. He worked for Walmart for 24 years and also served as a merchandising consultant for firms such as Hanna’s Candle Company and Bass Pro Shop. He is a previous recipient of the U of O Alumni Achievement Award and was named a 2020 Pay if Forward Champion for his family’s support of the University. He is a former director of the Arkansas Game and Fish Foundation and previously served as president of the Economics Arkansas Foundation.

William McIntyre
McIntyre has served as the president and CEO at TWBM Holding Company in Dallas since 1991. He is the founder of both the Bill McIntyre Education Foundation and the Bill McIntyre Sports Group, both private entities that grant scholarships to deserving students who desire to continue their education and compete in intercollegiate athletics. He also owns Travis Communications and Bill McIntyre Communications which market businesses and political candidates, both locally and nationally. McIntyre is a graduate of Morehouse College. His son, Chris, is a 2014 Ozarks graduate and his daughter-in-law, Kalli, is also an Ozarks graduate. 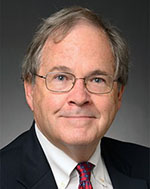 Michael PowellAn attorney at the Locke Lord Law Firm in Dallas, Powell has experience as a trial and appellate lawyer. He is board-certified in civil appellate law by the Texas Board of Legal Specialization and is a fellow of the American College of Trial Lawyers. He has been named a “Texas Super Lawyer” by the Super Lawyers magazine and a “Local Litigation Star” by Benchmark Litigation magazine. He earned his undergraduate degree from Davidson College and his juris doctorate from the University of Texas School of Law. His son, Ben, is a 2000 graduate of Ozarks who resides in Clarksville. 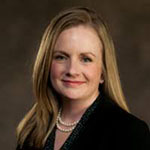 Dr. Angela (Wheeler) Spencer ‘98A native of Lamar, Ark., Spencer currently serves as the undergraduate program coordinator in the School of Accounting at Oklahoma State University and holds the Lanny G. Chasteen Chair and Haskell Cudd Professorship. She teaches both undergraduate and graduate courses, including courses on accounting theory and accounting tools, technologies, and innovation After completing a BS in accounting at Ozarks, she went on to earn an MBA from the University of Central Arkansas in 1999. She earned her Ph.D. from the University of Arkansas and joined the faculty at Oklahoma State in 2006. She has published work in research publications such as The Accounting Review and in practitioner-focused publications such as The CPA Journal. 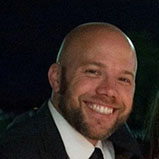 Dr. Eric Steinmiller ‘02An educator and school administrator in Chicago, Steinmiller was a recipient of the University’s inaugural Emerging Philanthropist Award in 2019, given to an individual, under the age of 40, who has demonstrated a record of exceptional generosity in support of the University’s mission and who has inspired others to give similarly. A native of Arkadelphia, Ark., Steinmiller graduated from Ozarks in 2002 before going on to serve as a teacher and administrator in Texas, Louisiana and Illinois. He currently serves as an administrator at Theodore Roosevelt High School in Chicago. His vision is to create professional learning communities that use data to inform instructional practices, student achievement and student interventions. Steinmiller earned a master’s degree in art history from the University of North Texas and an Ed.D. in urban education and leadership from the University of Illinois at Chicago. 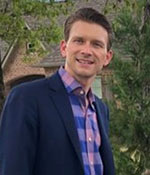 Dr. Kendall Wagner ‘06Wagner serves as a primary care physician in Fort Smith, Ark., and was also a recipient of the University’s inaugural Emerging Philanthropist Award in 2019, given to an individual, under the age of 40, who has demonstrated a record of exceptional generosity in support of the University’s mission and who has inspired others to give similarly. A native of Waldron, Ark., Wagner was the University’s 2006 Hurie Award winner as the outstanding member of the senior class. He went on to earn his medical degree from the University of Arkansas for Medical Sciences (UAMS). He completed a residency program in internal medicine-pediatrics, leading to specialized board certification in both adult and pediatric care. He serves on the board of the Harvest Time Kids Academy.