By cnp
Posted in Student Organizations 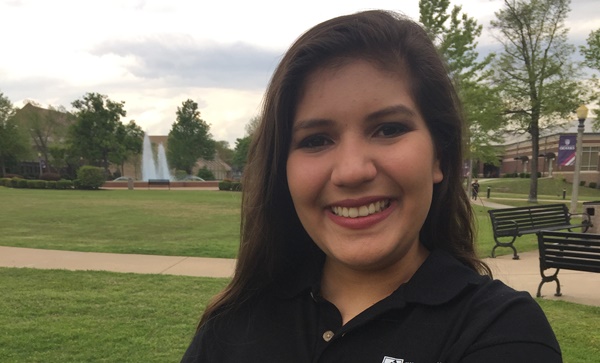 Valeria “Vale” Robleto is ready to get to work on behalf of her fellow classmates who elected her University of the Ozarks? Student Government Association president for the 2017-18 academic year.

Robleto, a senior-to-be chemistry and biology major from Nicaragua, was elected SGA president during the student elections, held April 20-21. She won the election by garnering 130 of the 183 votes cast.

“I’m honored to be selected to represent t the students at Ozarks,” said Robleto, who served with SGA for two years. “To know that your classmates trust you to represent them is a very big responsibility and honor. I’ve got a lot of ideas and plans that I can’t wait to start working on.”

Among the initiatives that Robleto hopes to work on for the student body are new social media platforms for students, enhanced security measures for students living in apartments adjacent to campus and more student involvement with the Clarksville community.

“This is a great university and great campus, and we want to make it even better,” she said.