By cnp
Posted in PE 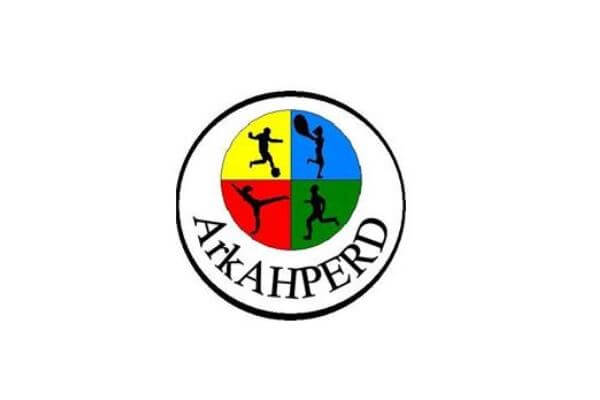 Clarksville, Ark. — Brett Stone, who has served as assistant professor of health and physical education at Ozarks since 2008, was named the recipient of the 2011 Higher Education Educator of the Year award by the Arkansas Association for Health, Physical Education, Recreations and Dance (ArkAHPERD) during its annual state convention, held Nov. 17-18 in Little Rock.

Brett Stone, assistant professor of health and physical education at Ozarks, received the 2011 Higher Education Educator of the Year award, given by the Arkansas Association for Health, Physical Education, Recreations and Dance (ArkAHPERD).

ArkAHPERD is a professional organization that supports health and physical education teachers and professors as well as the development and well-being of children and youth throughout the state.

Stone was nominated for the award by Arkansas State University Professor Dr. Andy Mooneyhan, who is also executive director of ArkAHPERD. Mooneyhan said the Higher Education Educator of the Year award is one of the most prestigious given by the organization.

“Brett Stone has been an outstanding advocate for the health and well-being of Arkansas children,” Mooneyhan said. “He has spent countless hours in committee meetings and in other venues helping to promote the importance of physical education in our schools, often at the sacrifice of his own time and resources. He has done a phenomenal job of standing up for the health of Arkansas’ school children, and he is well deserving of this honor.”

Stone said he was surprised by the honor.

“The award notification was such a surprise for me because I was not even aware that my name was included among the nominees,” Stone said. “I am truly honored to be considered for the award and grateful for the opportunity to work in collaboration with so many good people.”

Stone, who is also a co-sponsor of the University’s Sports Shooting Club, earned his bachelor’s degree from Lyon College before earning master’s degrees in both adult education and public health from University of Arkansas. He is completing requirements for his Ph.D., also from UA.

Stone’s primary focus is public health and community health promotion. He has also done extensive studies on the effectiveness of physical education programs in Arkansas schools. Last year he was awarded a grant by the Blue & You Foundation for a Healthier Arkansas to help improve fitness levels for the state’s school-aged children.