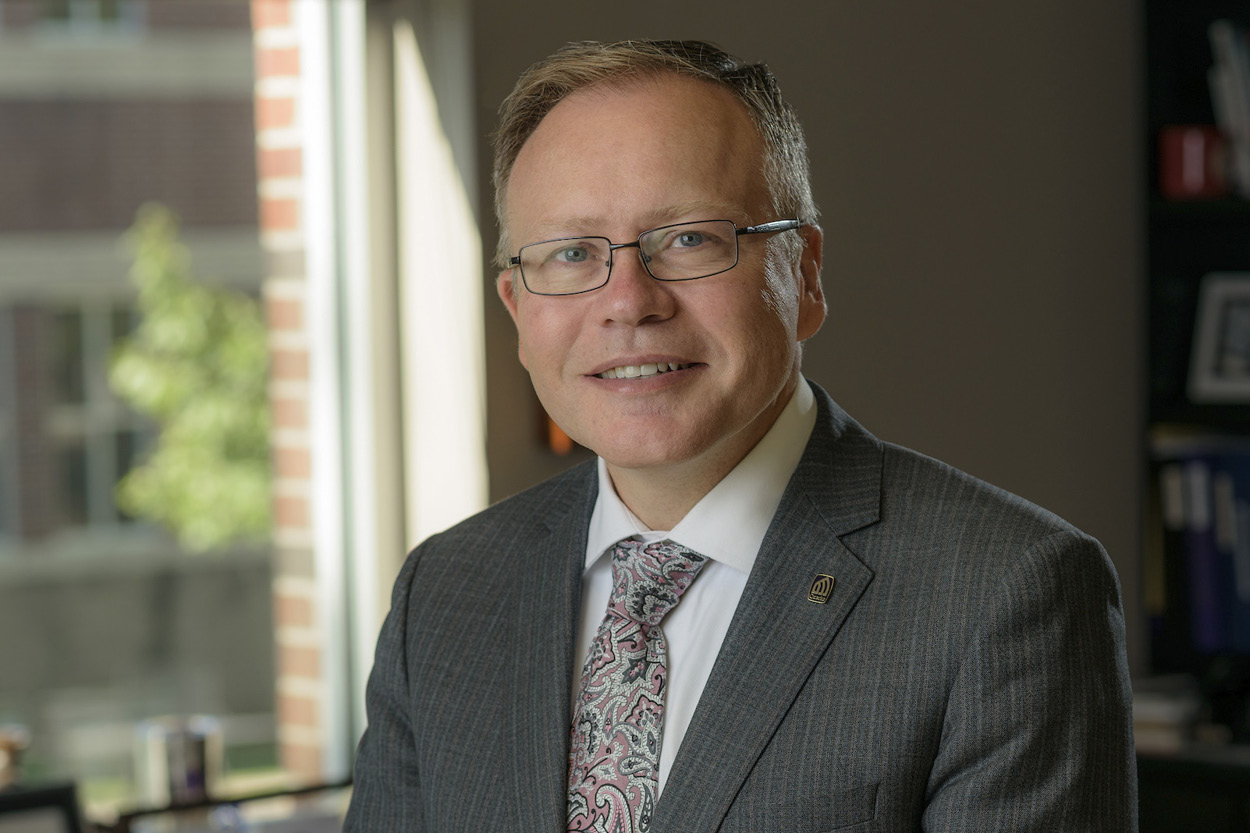 University of the Ozarks President Richard L. Dunsworth, J.D., has been elected as vice chair of the Higher Learning Commission (HLC) Board of Trustees.

Dunsworth was elected to a four-year term on the HLC Board of Trustees in 2018.  He first joined HLC as a peer reviewer in 2007.

“Serving as a member of the HLC Peer Corps and then serving on the Board of Trustees has been one of the most significant and rewarding professional development experiences of my career,” Dunsworth said. “Being elected to serve in leadership is humbling and an honor. The Higher Learning Commission serves as a voice for innovation, inclusion and equity, while ensuring quality in higher education.”

Dunsworth became the 25th president of U of O on June 1, 2013. Under his leadership, enrollment has grown more than 30 percent and the University completed its most successful capital campaign in its history, the $73 million Climb Higher Campaign. His emphasis on making an Ozarks education affordable and accessible has led the University to hold tuition flat in eight of the past 10 years.

“President Dunsworth brings a deep portfolio of expertise in higher education leadership to the HLC Board,” said HLC President Barbara Gellman-Danley, Ph.D. “He will be an excellent vice chair and is keenly aware of the changing landscape of higher education, including the critical importance of quality assurance. In his tenure on the Board, he has demonstrated a real commitment to the mission and vision of HLC and the importance of student-focused accreditation.”

The HLC Board of Trustees has primary responsibility in three areas: HLC policy; finances and planning; and institutional actions: direct decision-making regarding initial status, sanction, withdrawal of accreditation and change of control, organization or structure.

Before joining Ozarks, Dunsworth was an administrator for 22 years at Millikin University in Decatur, Illinois, where he served as interim president and vice president for enrollment