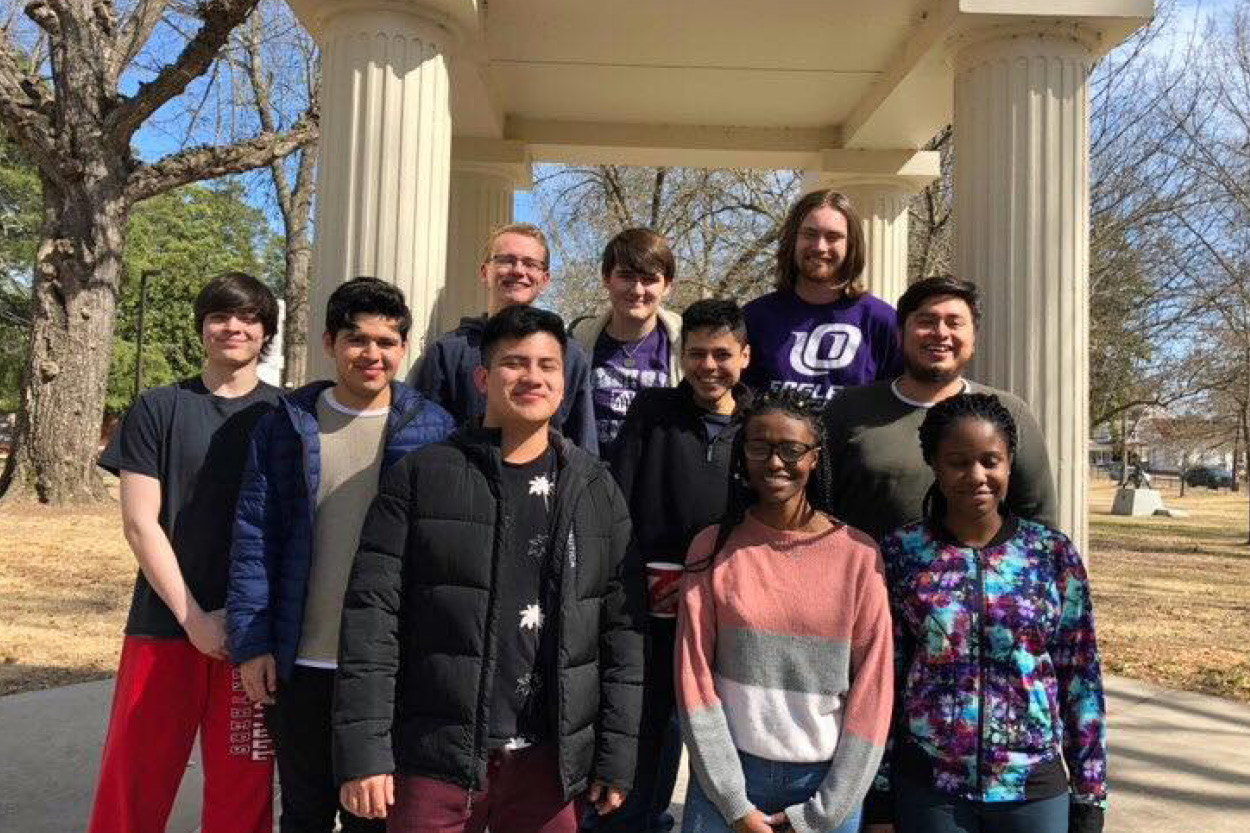 It is the second consecutive year that a team from Ozarks has finished in the top two in the state-wide competition. Rodriguez and de la Cruz were part of Ozarks’ first-place team in last year’s event, the first U of O team to ever finish first overall in the AUMC.

A total of 10 teams from five universities competed in this year’s event, with Henderson State taking first place.

Students competed in teams of 2-4 with no calculators, computers, books or notes available to them on the three-hour, 10-question test that emphasized problem-solving skills. Teams received 10 points for every correct answer and partial credit for incomplete but significant work.

The final results of the competition were not tabulated and confirmed until more than two weeks after the competition. The students learned of the results last week, according to the U of O team’s sponsor, Dr. Matt Myers, professor of mathematics. “All of our students competed with character and integrity and we are proud of the way they represented Ozarks,” Myers said.

“All of our students demonstrate a true passion for mathematics and they enjoyed the opportunity to test their skills against other top students from throughout the state.”