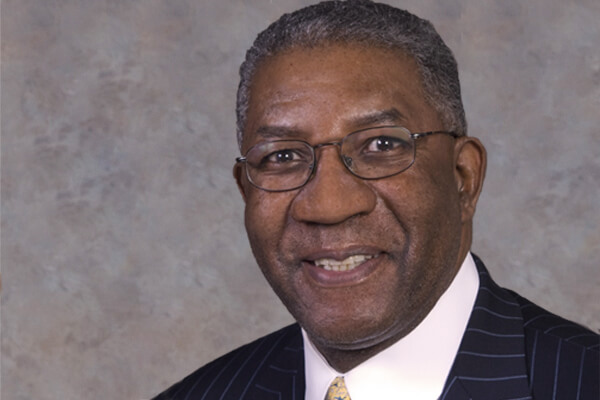 Arkansas circuit judge and pastor Wendell L. Griffen will speak at University of the Ozarks at 7 p.m. on Tuesday, March 27, in the Rogers Conference Center. The event was originally scheduled for February but was postponed because of illness.

Griffen’s talk is titled, “Prophetic Hope, Religious Nationalism, and the Fate of Democracy in the 21st Century,” and is made possible by the Cecil and Ruth Boddie Farmer Guest Speaker Endowment. There is no charge for admission and the public is invited to attend.

His lecture will be based in part on his 2017 book, “The Fierce Urgency of Prophetic Hope.” He will have books available for sale and to sign following the event.

A circuit judge for the 5th Division in the Sixth Judicial District of Arkansas, Griffen also serves as pastor of New Millennium Church in Little Rock and CEO of Griffen Strategic Consulting, a consulting practice focused on cultural competency and inclusion.

Since 1979, Griffen has actively devoted himself to law, public policy, and ministry. He was the first person of color to become an associate and later a partner in a major Arkansas law firm, Wright, Lindsey, and Jennings in Little Rock. For almost two years, he was Chairman of the Arkansas Workers’ Compensation Commission by appointment of Gov. Bill Clinton. He pursued seminary extension studies through Midwestern Baptist Theological Seminary and was ordained in May 1988 after being called to his first pastorate.

From January 1996 to December 2008, he served as a judge on the Arkansas Court of Appeals. Then Griffen taught administrative law, constitutional law, criminal procedure, and a seminar he developed on law and cultural competency as a visiting professor at the University of Arkansas at Little Rock William H. Bowen School of Law before being elected circuit judge.

‎His writings about faith, social justice, public policy, cultural competency and inclusion can be found on his blogs: “Wendell Griffen on Cultural Competency” and “Justice Is a Verb!”

Griffen is married to Dr. Patricia Griffen, a clinical psychologist in private practice, and they are parents of two adult sons.