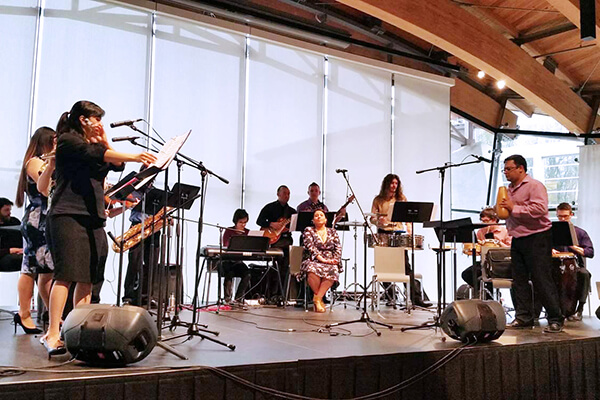 University of the Ozarks will present The Ozarks Music Connection: The Latin American Ensemble of University of Arkansas in a concert at 7 p.m. on April 15, in Rowntree Recital Hall.

The concert is sponsored by the U of O’s Division of Humanities and Fine Arts. It is open to the public and there is no cost for attendance.

The Latin American Ensemble, under the direction of Fernando Valencia, features the richness and diversity of the music of Latin America and the Caribbean. The ensemble’s repertoire encompasses a wide range of styles, from old traditional forms such as Son, Danzon, Cha-Cha-Cha, and Mambo to newer music styles such as Latin Jazz and “pop” influenced music, including Salsa and Timba.

A typical performance involves guest singers or instrumentalists performing the biggest hits of Latin music and music composed and/or arranged by the instructor and students.

Rowntree Hall is located in the Walton Fine Arts Center on the U of O campus.

For more information on the concert, please contact the University of the Ozarks’ Division of Humanities and Fine Arts Division at 979-1349.