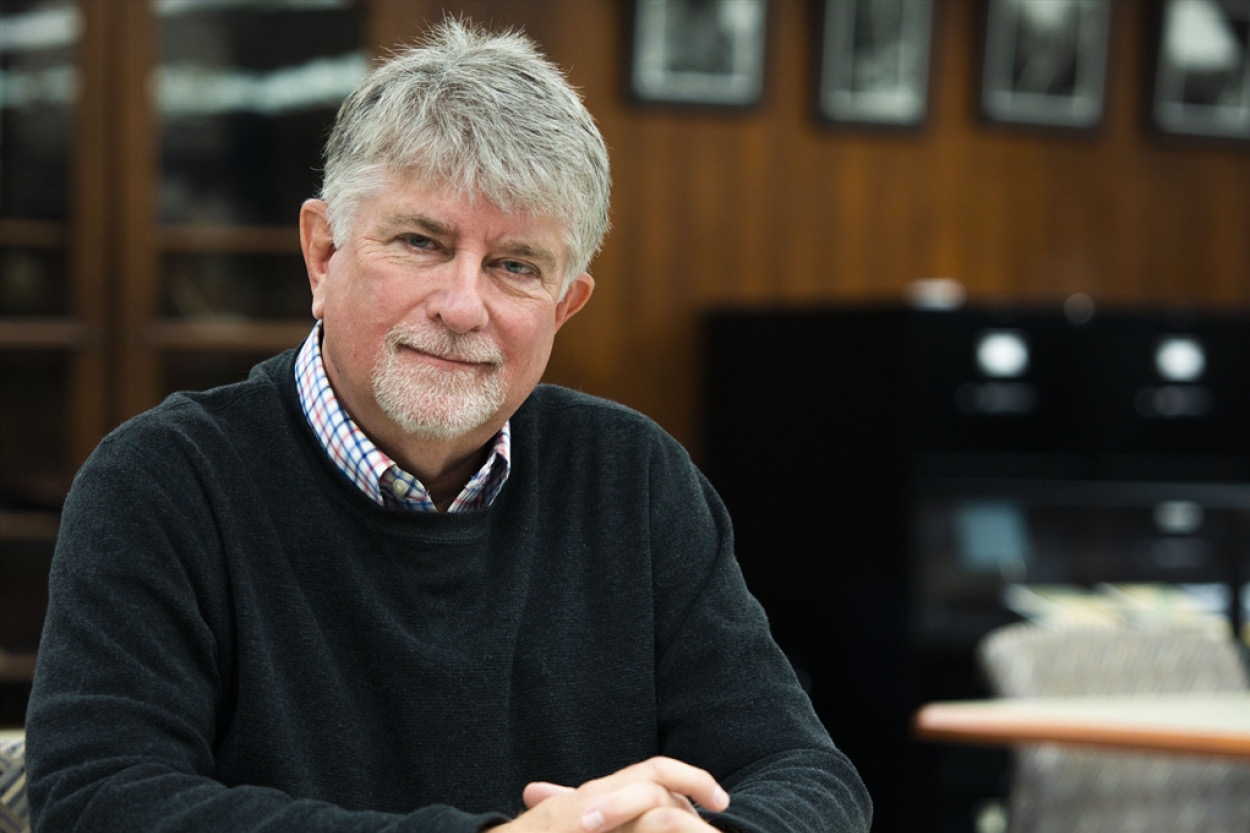 Award-winning Arkansas filmmaker Larry Foley is partnering with University of the Ozarks to present a live virtual screening of Foley’s new documentary “Indians, Outlaws, Marshals & the Hangin’ Judge,” at 7 p.m. on Tuesday, Oct. 6.

The event, which is part of the University’s 2020-21 Walton Arts & Ideas Series, will be presented via Zoom. The public is invited to watch the film and there is no cost for viewing.

The film, which Foley called “uniquely Arkansas and uniquely Oklahoma and uniquely America,” is told in first person by Ada Patterson, a reporter with the St. Louis Republic who interviewed the infamous Fort Smith Hangin’ Judge, Isaac Parker, just months before he died from Blights Disease at the same time the Western District court had been stripped of its jurisdiction into what was then Indian Territory.

“The legacy of the American Wild West has been immortalized by tales of such notorious places as Dodge City, Deadwood and Tombstone, but in the annals of forgotten history, no place is more significant than right here in Fort Smith, Arkansas, a uniquely western town in the middle of the country on the border of what was known as Indian Territory,” Foley said in the film’s introduction.

The film looks into Parker’s history as well as the general history of Indian Territory; U.S. Marshals such as Bass Reeves, Heck Thomas, Bill Tillman and Chris Madsen; some of the outlaws those marshals hunted; and hangman George Maledon. Foley uses newspaper accounts from the New York Times, the Fort Smith Elevator and the St. Louis Republic along with others as a foundation of the story.

Susan Edens, associate professor of practice of communication at U of O, and several of her communication students had a role in filming the documentary with a drone last fall in Fort Smith. There was a small socially-distanced premiere of the film in Fort Smith earlier this month and the film was selected last week for the Hot Springs Documentary Film Festival.

Also included in the film are interviews with historians including Tom Wing of Fort Smith, Dr. Elliot West and Dr. Charles Robinson, as well as retired Judge Paul Brady, the great-nephew of Bass Reeves; law professor Stacy Leeds; and other experts.

Foley, a seven-time Emmy winner and member of the Mid America Emmy Silver Circle for a distinguished 40-year career as a documentary filmmaker, college professor and journalist, said, in essence, he has been working on the film for a lifetime, even since he visited the National Historic Site in Fort Smith while in elementary school. In 1986, he had a report aired on AETN on the subject. In 2012, he even filmed some of the footage shown in the documentary during the dedication of the Bass Reeves statue on Garrison Avenue in Fort Smith, he said. Foley also documents the Parker statue in Gateway Park in Fort Smith from design to dedication in the feature-length film.

Foley’s documentary credits include, “The Favored Strawberry,” “The First Boys of Spring,” “After the Tsunami,” “The Art of Crystal Bridges,” “Up Among the Hills,” “Growing Hope,” “Bridge to War Eagle,” “Sacred Spaces-The Architecture of Fay Jones,” “The Greatest Coach Ever,” “Beacon of Hope-The Story of the University of Arkansas,” “Charles Banks Wilson-Portrait of an American Artist,” “The Forgotten Expedition,” “It Started Here: Early Arkansas and the Louisiana Purchase,” “22 Straight,” “Arkansas’ Natural Heritage,” “Out of the Woods,” “The Keetoowahs Come Home,” “The Black Swamp,” “The Governor from Greasy Creek,” “Arkansas-A Special Place,” and “Hell on the Border.”