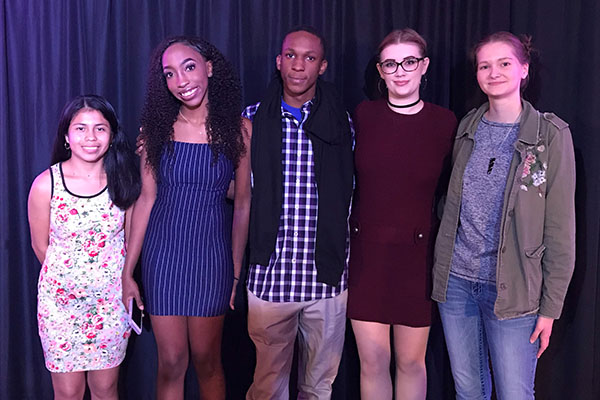 A total of 28 students entered the annual multi-week, fall semester competition that started in mid-September. In the following weeks, several poets went out of print until five remained, competing against each other in a lively finals episode on Oct. 26.

Dotson won the top prize of $1,000 and the title of Poet Laureate of the Spadra Valley for 2018. Rebekah Moore, last year’s co-champion, finished runner-up and took home the $500 second prize. Chava Roberts, Jarret Bain, and Marcelina Pop received $250, $150, and $100, respectively

“Over the course of the season all Project Poet poets wrote thought-provoking poems about various subjects, poems infused with love and grief and grace,” said Chris Carrier, adjunct English professor and coordinator of this year’s competition. “They made Ozarks a richer, more beautiful place.”

Project Poet began in 2006 as the brainchild of Ozarks’ Professor of English, Dr. David Strain, and his former colleague, Dr. Kendrick Prewitt. The competition challenges students to draw on their creative writing skills and their wit, and is open to students from any program on campus.

Based on Bravo TV’s program “Project Runway,” the poetry competition presents contestants with a new challenge each week. Contestants read their entries before the panel of three faculty/staff judges, and the audience, who acts as the fourth judge. When all votes are tallied, one contestant wins immunity for the next week’s challenge, while two or three others go “out of print.” The contestants who make it through to each successive round are given more difficult challenges as the competition progresses.

Since 2006, more than 300 students have competed in Project Poet.