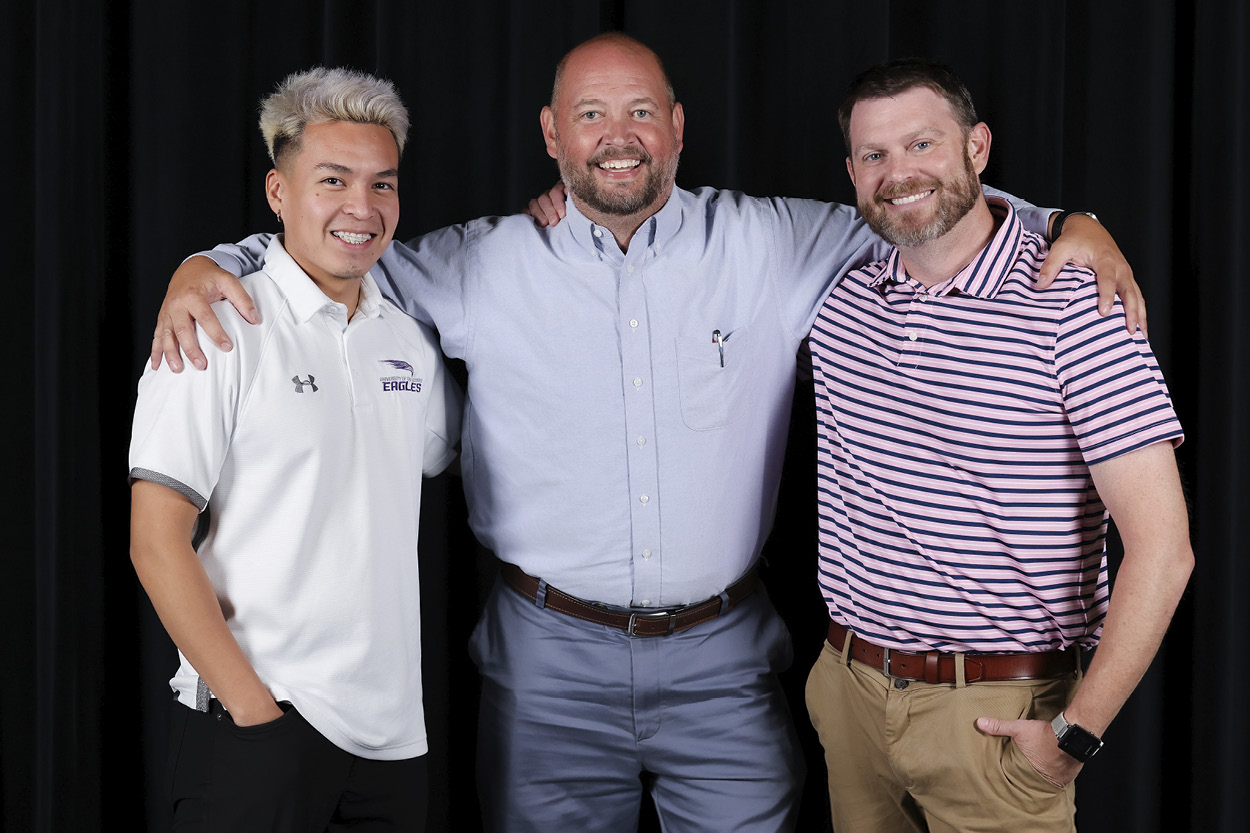 Three graduates of the University of the Ozarks’ communication program are combining their talents to help promote and advance one of the largest school districts in Arkansas.

Jones served as the school district’s director of media for eight years before being promoted to director of communications in July of 2020. Jones, who earned a master’s degree in educational theory and practice from Arkansas State University, worked as chief photographer for the NBC affiliate in Northwest Arkansas (KNWA) for three years before joining the Springdale School District.

“I am proud to have professionals like John Steele Cooper and Luis Alfaro telling the story of the Springdale School District,” Jones said. “As a fellow graduate of University of the Ozarks, I know first-hand the quality of work John and Luis can produce. Under the leadership of [Professors] Susan Edens and Dr. Jane Cater before her, the U of O has produced top-notch, industry leaders in multimedia for decades. John and Luis are the right people for the right time. The community of Springdale and the State of Arkansas will benefit greatly from their work in telling the Springdale schools’ story.”

Steele Cooper joined the Springdale district’s communication team in August. He previously was the managing producer of video production at the University of Arkansas. Steele Cooper, who earned a master’s degree in journalism from the University of Arkansas, also worked as a grip and videographer at Ozark Film and Video and as a video production specialist at U of A.

He won Gold and Silver Telly Awards in 2019 for the documentary short film “Buen Camino,” a atudy abroad film about U of A honors students doing the Buen Camino Pilgrimage. He was also recognized as having the Best Feature Film at the Arkansas Film Festival in 2022 for “If This Walk Could Talk,” a film commemorating the 150th anniversary of U of A.

Alfaro was hired a few months after graduating from Ozarks in 2020.  He was one of the first graduates of the University’s new media production track.

According to the district’s website, the Springdale School District’s communications department “works to enhance the image of the district and schools through public relations, event production, curriculum support, and serving as a liaison to the media. Additionally in cooperation with Career and Technical Programs and EAST Programs, the department assists educators and students of Springdale in the use of digital communications technology, communication tools, and other innovative resources.”