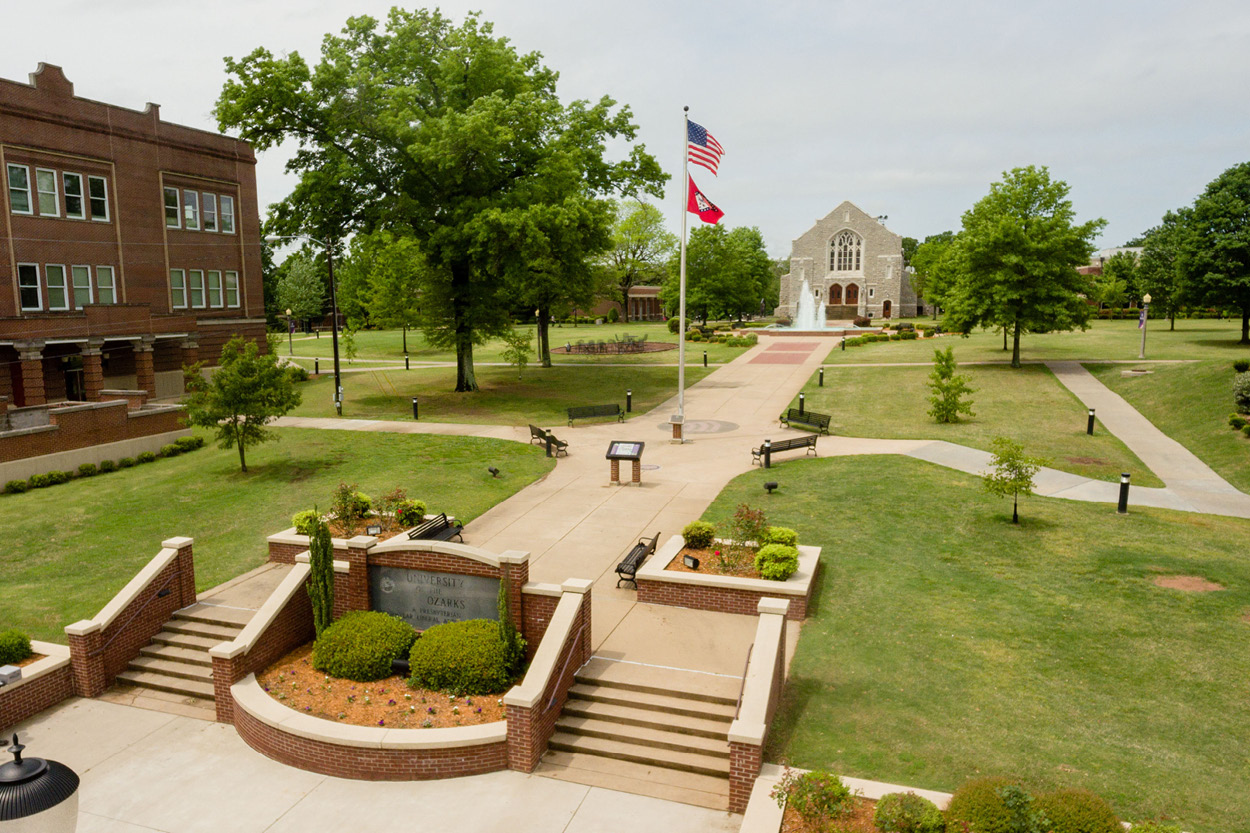 University of the Ozarks has raised more than $73 million in gifts and commitments in its seven-year Climb Higher: A Campaign for Students, shattering the campaign’s initial goal of $55 million.

The most ambitious and successful fund-raising campaign in the University’s 185-year history concluded on April 14. The campaign raised a total of $73,191,457 for student scholarships, academic programs and campus facilities.

The University community celebrated the successful close of the campaign with the release of a series of celebratory videos and announcements as well as events for the campus and alumni.

“This is truly a time to celebrate one of the most remarkable times in the history of this amazing University,” said U of O President Richard Dunsworth. “To be able to not only meet our goal, but to exceed it by $18 million, and amid a world-wide pandemic, is a monumental achievement that is shared by the entire Ozarks community: students, faculty, staff, alumni, friends and community members. The incredible generosity and outpouring of support from Ozarks alumni and friends around the world is indeed inspiring.”

Supporting student success was a major emphasis of the campaign and almost half of the money raised — $36 million — will go directly to scholarship support for students.

“Scholarship support for our students is so vital because 100 percent of our students rely on financial aid,” Dunsworth said. “Since the campaign began, dozens of newly named scholarships have been established. This type of support has helped us keep our tuition nearly 40 percent below the national average for a private four-year college in the United States and has helped us lower the student loan debt of our graduates. This emphasis on making an Ozarks education accessible and affordable ties directly into the University’s mission.”

One of the signature projects of the campaign is the expansion and renovation of the Thomas and Frances Wilson Science Center, the largest single capital construction project in University history.

The campaign included 2,647 first-time donors to the University, according to Lori McBee, vice president for advancement and alumni engagement.

“A campaign of this magnitude is always a challenge but because of the investments by our donors and an advancement team that is equipped to match gifts where there is need, this was made possible,” McBee said. “Thank you to all of our alumni and friends who have supported the University of the Ozarks, and thank you to our trustees, staff and volunteers. You are making a difference that extends even beyond this campus and into the future.”