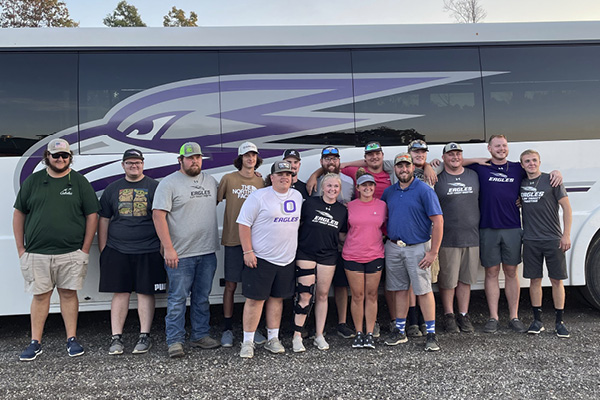 “We went into the competition doing what we do best: shooting one bird at a time,” said Ziarko. “And when you put the practice and determination into play, you get awesome end results.”

“This has been a long road to get to this point,” said Malin. “There has been a lot of hard work and time put into getting here, and to have it all come together for the team’s first national championship is an amazing feeling.”

The Eagles placed sixth overall at the championships.

Kyleigh Hepner was the top female finisher for Ozarks, placing 45th in the High Overall (HOA) standings. Little was the men’s top finisher placing 13th overall in the HOA standings.

It is the first year the program has competed in the SCTP College Nationals. There were 16 universities represented at the event.

The clay target program has won three individual national championships to now go along with its first two team championships.