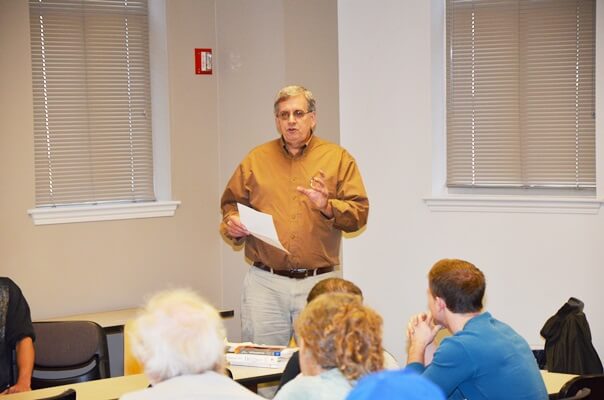 University of the Ozarks Associate Professor of Spanish Dr. Bill Clary will present a paper at the Latin American Studies Association (LASA) Congress, scheduled for May 21-24 in Chicago.

Associate Professor of Spanish Dr. Bill Clary will present a paper at the Latin American Studies Association Congress in late May.

Clary will also chair a panel discussion at the annual conference for the ninth time. The theme for this year’s panel is, “Rescuing cultural memory in contemporary Central American narrative: the retrospective impulse of the 1970s and 1980s.”

“My involvement as chair has enabled me to invite and have the privilege of paneling with some of the top scholars in the field of Central American cultural and literary studies at the eight congresses my panel has appeared in since 2003,” Clary said. “Other scholars on my panel will present their research on the works on contemporary Central American writers Horacio Castellanos Moya, Gloria Guardia and Erick Aguirre. Our discussant for the panel is Leonel Delgado Aburto, a Nicaraguan scholar who specializes in Central American cultural studies. He will travel to Chicago from the University of Chile in Santiago where he holds a position as professor of Central American literature and cultural studies.”

In addition to the LASA conference, Clary will be presenting at the 12th Congress on Central American History in San Salvador in July. His paper is on a novel by Honduran writer Julio Escoto.

Clary earned his bachelor’s, master’s, and doctorate degrees from the University of Missouri and has taught at U of O since 2006.