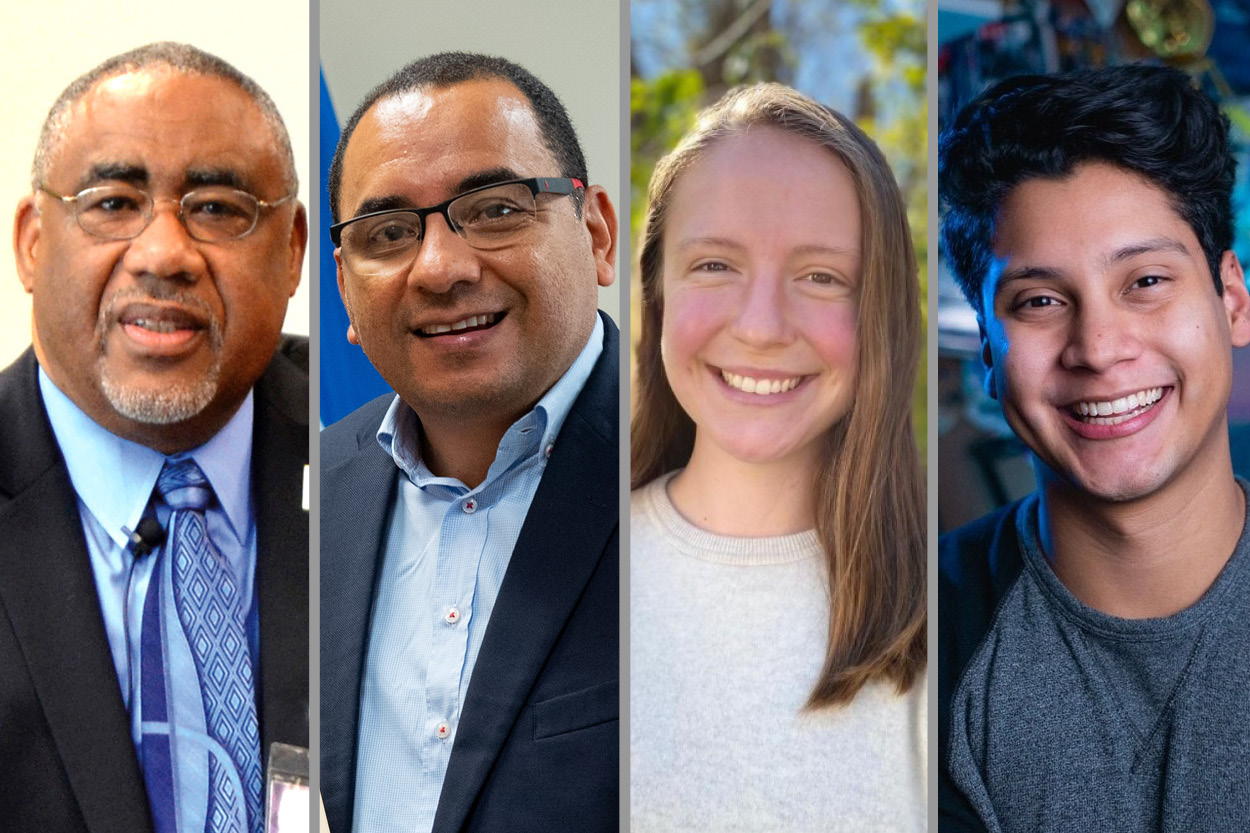 The University of the Ozarks Alumni Association will present honors to four of its distinguished alumni during the University’s Homecoming ceremonies in the Spring.

University officials recently announced that this year’s Homecoming Week would be postponed from October to April 2022 because of the status of the COVID pandemic in Arkansas. These alumni will be recognized at the Ozarks Awards Ceremony during Homecoming Week.

Here is a look at the four recipients:

In September of 2020, Aleman was sworn in as the president of the El Salvador National Administration of Aqueducts and Sewers by that country’s president, Nayib Bukele. This high-cabinet government position oversees all drinking water and drainage systems in El Salvador. A former Walton Scholar at Ozarks, Aleman majored in biology and graduated with honors from Ozarks. After a few years teaching on the high school level in El Salvador, he went on to earn a master’s degree in resources engineering for water and land at the University of Karlshruhe in Germany. Before joining President Bukele’s administration, Aleman spent 13 years serving as an environmental expert in El Salvador with the United States Agency for International development. Aleman, who speaks fluent German, Spanish and English, has been married to his wife, Issa Saldana, since 2005 and they have a son.

After graduating from Ozarks, Benson went on to a 35 year career as a high school teacher and administrator in Kansas, including 31 years in Manhattan, KS. He retired as a principal in 2001. Oringinally from Hugo, Okla., Benson played basketball at Ozarks from 1963-67, becoming the first African-American to play intercollegiate sports at a traditionally white college in Arkansas. Benson helped break racial barriers in the State when he joined the Ozarks team in the fall of 1963. He has been an active member in the University’s Alumni Association for many years and has served on the University’s Board of Trustees from 2010 to 2019. He was elected to the Ozarks Sports Hall of Fame in 2004. He and his wife Patsy, a 1965 Ozarks graduate, have three children.

Evans is the gardening and nutrition manager for the Northwest Arkansas Food Bank, a non-profit organization that serves several Northwest Arkansas counties by providing an affordable and credible food source to our partner agencies serving the hungry.  In her role, she manages the organization’s organic teaching garden in Springdale, its community garden in Fayetteville, the partner garden program, and all of the nutrition programming with the public and our partner agencies. A native of Bergman, Ark., Evans graduated from Ozarks with Summa Cum Laude honors with a degree in environmental studies. As a student at Ozarks, Evans was named the state’s 2014 Student Conservationist of the Year by the Arkansas Wildlife Federation for her efforts with conservation on the Ozarks campus. She also helped establish the University’s Food for Thought Garden and worked in the garden as an Arkansas GardenCorps (an AmeriCorps program) service member. She and her fiancé live in Mountainburg, Ark., and are working towards owning and operating their own small-scale farm and farm-to-table food truck

Bustillo is CEO and co-founder of Contentivo, a video production company based in El Salvador and specializing in 360-degree photography and video. The company has worked with such as Porsche, Isuzu, Banco Promerica, Academia Europea, and more. A radio/television/video major at Ozarks, Bustillo is a popular social media comedian and blogger in his home country of El Salvador. Known as “Little Viejo,” Bustillo has more than 4.5 million followers on social media.  As a student at Ozarks, Bustillo won the prestigious Student Pillar of Excellence Award from the National Academy of Television Arts & Sciences Mid-America chapter for his short film, “Upside Down and Backwards.”  In 2017 he also served as host moderator of the BT7 Digital Festival, one of Latin America’s largest gatherings of digital innovators and policymakers. He is a certified expert in Adobe Photoshop and Adobe Photoshop Premiere Pro. In 2020, he married Paulina Ojeda, a 2019 Ozarks graduate.