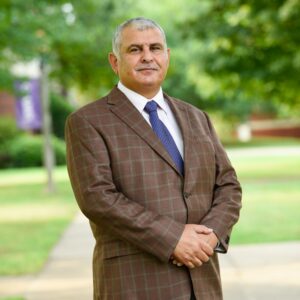 After a long Journey of teaching various courses in science, math and engineering at Al-Balqa Applied University in Jordan where I earned my Master degree in Nuclear physics, I have decided to make a big change in my life. I decided to come with my family to Arkansas in 2006 to pursue my higher education in Biophysics at the University of Arkansas in Fayetteville where I received a master degree and a Ph.D. from the UofA in 2013.

Nanoscience and its wide applications; such as biosensors, dental material, hip replacement material and drug carriers have grabbed my attention which has led to my interest in studying biophysics.

My research goal is to understand how cellular transport takes place, and how it can be affected, controlled, and utilized. More specifically, I am trying to investigate the mechanism of gating of ion channels which could lead to controlling the mechanism of drug release from carriers such as liposomes. An interesting model for investigating ion transport proteins is provided by pore-forming proteins (lysenin and alpha-hemolysin).

In my lab, I construct two & three-dimensional artificial cell membranes then add a self-inserted protein (lysenin) which makes pores (~3nm in diameter) in that artificial cell membrane. I use electrophysiology techniques to investigate electrical activities of such pores in an artificial bilayer lipid membrane (BLM). Lysenin pores-BLM system is a very interesting and useful mode to apply many physics concepts such as Ohm’s law, capacitance, and more.

I have found a very promising environment at the University of the Ozarks where I enjoy teaching College and General Physics courses along with the related laboratories.

Project-1: Lysenin-Bilayer Membrane as a Biosensor for Multivalent Ions

The objective of this project is to use lysenin as a model of ion channels to investigate its functionality (gating) under the influence of (i) voltage across membrane, and (ii) multivalent ions added to both sides of the membrane.

Multivalent ions are extremely important for human health, for example iron ions (Fe2+, Fe3+) are responsible for most anemia cases5. Due to their large charge, multivalent ions could interact and affect the structure and stability of nucleic acids6 (i.e. the DNA). My research would highlight the nature of the interaction between multivalent ions and lysenin channels, which would add a piece of information toward better understanding of the mechanism of gating of lysenin as a model and eventually understand the mechanism of gating of ion channels in live cells. Lysenin channels have exciting characteristics, they are soluble in DI water, easy to use in the experiments, and are self-inserted in the membrane. Although, they miss selectivity as one of the unique characteristics of ion channels, lysenin can be an excellent candidate as a model of ion channels investigation.

The objective of this project is to understand and reveal the mechanism of voltage-induced gating of lysenin.

If we are to engineer this pore and fully understand and control its gating, then we will be able to use it in many drug delivery applications such as liposomes.

Although, our work on pores in a BLM is exciting and bringing out interesting results and better understanding toward the main goal of cellular transport, investigating the transport through the cell is still our real goal to have impact. Accordingly, the objective of this project is to understand the influence of surface tension on the functionality of lysenin pores in a cell-like structure. 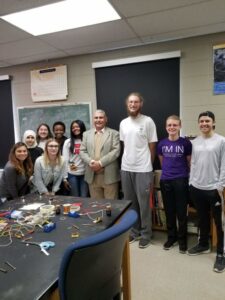 The impact of this project will be directly on (1) using Lysenin-GUV system in drug delivery applications (2) move forward toward investigating lysenin channels in real cells.